I use Grammarly’s free online plagiarism checker because it eliminates one less worry for me, which opens up more Great Pumpkin time for my little brother and I. 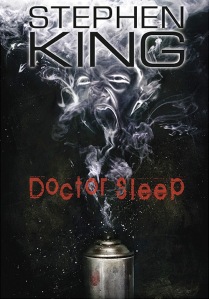 Stephen King’s “Doctor Sleep” has been a roaring success for the sixty-six year-old author, but it did not come without difficulties.  King said this of making the sequel to such a famous novel in an interview with Chris Talbot of the San Jose Mercury News:

A When I went into it I thought to myself, if I do this I can probably never satisfy the expectations of the audience because so many people who read ‘The Shining,’ I got them while they were young and malleable, they were young adults, teenagers. I meet people all the time who say, ‘That book scared the [expletive] out of me,’ and I’ll say, ‘How old were you when you read the book or saw the movie?’ and they’ll say 16. And if you were 16 then, you’re probably 50 now and a little bit case hardened when it comes to scary things. I was curious. I wanted to see what happens to Danny Torrance, so I took my shot.

Ultimately the risk paid off though, because “Doctor Sleep” hit #1 on the New York Times Bestseller List and has been nominated for several accolades.  Although, even with Stephen King’s success on the charts, “Doctor Sleep” is not King’s only poker in the fire.

The acclaimed writer has been on something of a hot streak as of late.  The television adaptation of “Under the Dome” was so widely successful that it was picked up for a second season, which will air summer of 2014.  Recently, King wrote the film adaptation for his novella “The Good Marriage,” while also co-writing a musical with John Mellencamp.

Overall, King has had an incredibly successful year and here is to many, many more!