*Also, to keep the nerdery afloat, I would like to mention that it is also Ryu’s 50th birthday today, as well. #StreetFighter

The other day I was finally catching up on my blog readings and I came across NDP’s post, “Ten things you may not know about me…”  It is a great piece.  Oftentimes, writers, bloggers, and artists create these blogs, but as they become more successful and larger than their original roots a new persona is created.  Readers begin to lose sight of the blogger and the blogger loses sight of his or her readers.

A simple post titled, “Ten Things You Probably Don’t Know About Me,” brings it back though.  It closes the gap between the writer and the reader.  I find this to be important.  I write for those to read, and I read to engage those that write.  I should never expect any less of myself.

Check NDP’s blog, “NDPworld.”  It’s a regularly updated and fantastic blog featuring the thoughts and poetics of NDP.  He is acutely aware of social and cultural beats and it is shown within his poetry.  I always gain a new perspective when reading his work.  I urge you to check it out.

Here is my blatant ripoff, “Ten Things You Probably Don’t Know About Me”: 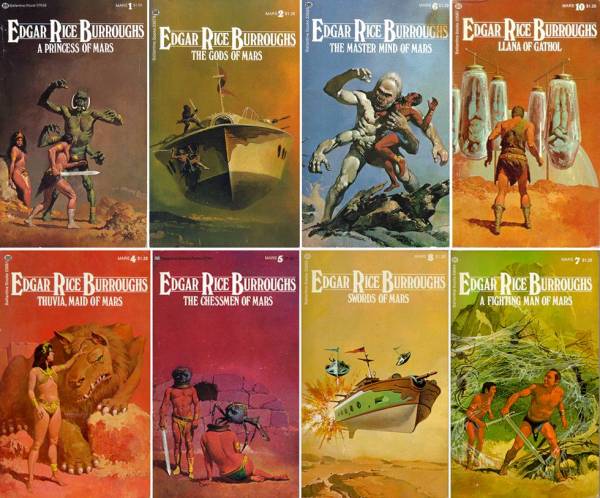 I have finally gotten around to reading the “Barsoom Series” by Edgar Rice Burroughs, and just like watching the “Star Wars” films or reading Tolkien I have been transported into another realm…and have become mildly obsessed.  Thus far, I’ve finished the first novel, “Princess of Mars,” and I have just cracked into its sequel, “Gods of Mars.”  I will mostly likely have a review up in a short while, but until then check out these original covers for Burroughs highly regarded series by d’Achille–they’re absolutely spectacular: 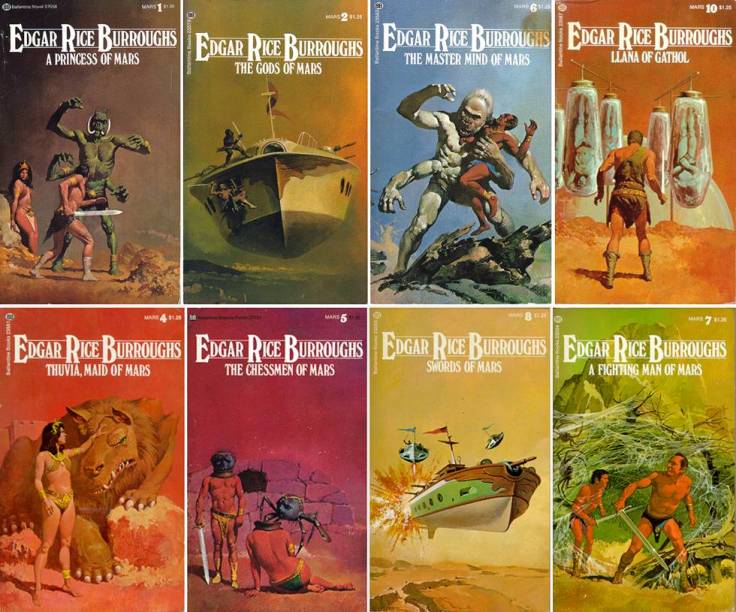 I’ve been slowly working on a new short story titled “Dorian Waters,” which will be an Amazon exclusive upon release.  I wanted to take the charisma of 007, the cheesiness of a ’70s sci-fi flick, and the ridiculous strength of Stallone’s Rambo–with all that being said…let me introduce you to Dorian Waters:

Dorian rocketed towards the outer crust of the lush planet at speeds almost intolerable for his Tibranium launch suit.  At just the precise moment he jotted in his PI code and the blackened outer shell of suit unbuckled from his frame in a thousand fractured pieces, rocketed past him, and immediately burned up in the upper atmosphere.  Dorian repositioned himself as he fell into a sort of Swan dive and fell headlong into a thick layer clouds.  With a flick of his wrist he yanked the ripcord and his blue shoot billowed from his back pulling him upwards briefly before eventually allowing him to slowly descend into the dark green canopy below.

“Terra de Verde,” Dorian muttered in awe as he came into the canopy lining.

The landing was a bit rough, but with only a couple scratches from broken branches, and the consideration that little to no preparation time was had when he rashly jumped out of the low orbit Skirt Pod, it could have gone much, much worse.  He hung gently swinging, listening, and thinking about the sounds he was hearing before finally unsheathing his knife and cutting himself loose from the thick, brown branches that held him captive.

He awoke flat on his back, clutched for his knife which was missing.  He glanced upwards towards the canopy where he had fallen through several strata of branches–loll and behold he could see the glint of steel lodged into the bark in the distance.

Quickly thinking, he pawed for something close by, found a rock, and struck the cat-like creature as it leapt for his prone body.  The 180-lb creature growled in pain and fell to its side in a hiss of dust and a belabored roar.

“Kitty’s got claws,” Dorian mumbled to himself and then promptly passed out.

He awoke in awash of his own blood and rain.  Dorian sputtered water as he jolted awake in a nightmarish-like fashion.  He grimaced and propped up on his elbows.